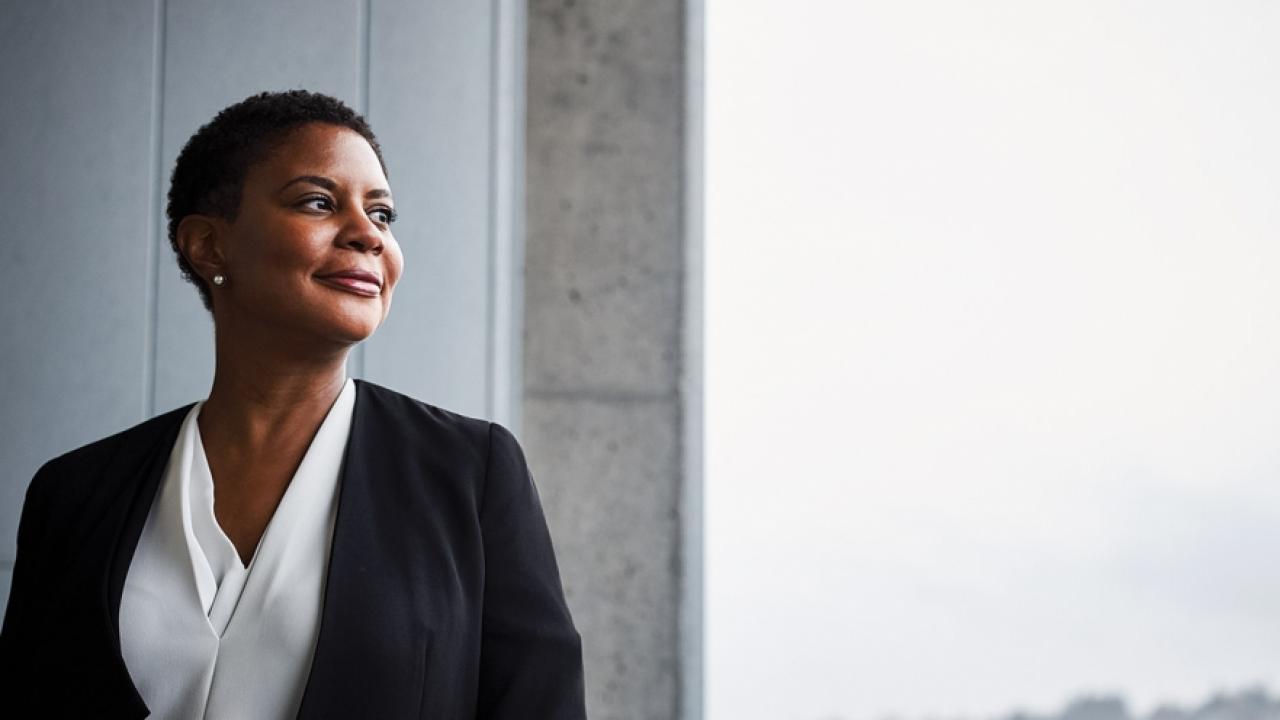 Alondra Nelson on the Social Life of DNA

On November 1, 2017, Alondra Nelson—professor of sociology at Columbia University and president of the Social Science Research Council—visited UC Davis to share her work on science, technology, and social inequality.

Nelson is the author of The Social Life of DNA: Race, Reparations, and Reconciliation after the Genome (2016), and Body and Soul: The Black Panther Party and the Fight against Medical Discrimination (2011) as well as two edited anthologies.

The UC Davis Mellon Research Initiative HATCH: a Feminist Arts & Science Shop hosted a lunch-time conversation with Professor Nelson and graduate students that centered on her research in Body and Soul. Nelson discussed the challenge of building an archive and collecting the stories of Black Panther Party activists and the ongoing relations she maintains with them.

Nelson shared that, as a student of renowned sociologist Troy Duster, she began her research with a perspective that is deeply critical of the relationship between race and genetics. Early in her work, she wondered how communities could and would engage with genetics, a new technology that promised to tell the “truth” of who we are through DNA testing. Nelson, to her surprise, found herself examining cutting-edge genetic research in very traditional places, like African American genealogical organizations. These African American senior citizens became some of the first early adopters of genetic ancestry testing in the U.S.

Through following the “social life” of DNA—including the value and circulation of the technology— as it intersects with the lives of African Americans, Nelson told the stories of her travels to genealogical archives of the Church of Latter Day Saints, to Venture Smith activities in East Haddam, Connecticut, to the Ashley River Ferry landing in South Carolina, and into legal conversations with the court case Farmer–Paellman v. Fleet Boston.

Nelson’s final story addressed how institutions make moral choices. Her concept of institutional morality highlights how institutions, like elite universities, come to be moral actors that make decisions about how to respond and reconcile their complicity in American slavery. She shared the case of Georgetown University’s Working Group on Slavery, Memory, and Reconciliation, which used genetic ancestry testing to identify the decedents of 272 enslaved people that were sold in 1838 to pay off debts at Georgetown. These cases are complicated, complex, and remain unsettled. Alondra Nelson reveals the role that genetic ancestry testing has played and the meaning-making of what people want these tests to do.

Kalindi Vora on the “Biopolitics of Trust in Technosphere”

What is Feminist Research: Jeanelle Hope

What is Feminist Research: Leslie Quintanilla and Jennifer Mogannam