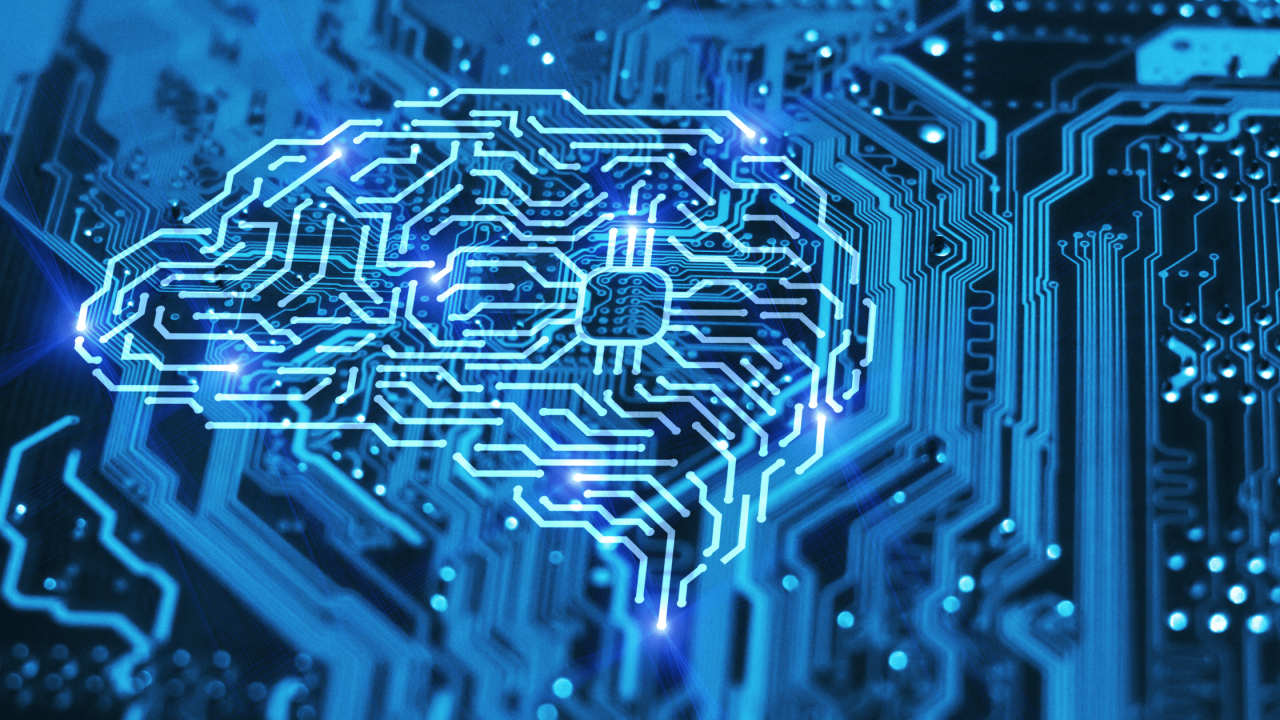 Director Kalindi Vora on Techno Utopias and the Future of Work

In an interview with Brazilian publication DigiLabour and Dr. Rafael Grohmann of University of Vale do Rio dos Sinos, Director Kalindi Vora explains how techno utopias, linked to colonial imaginary, impact the future of work, including the potentials and limits of digital commons.

DigiLabour: In what ways does the ideology of digital commons reproduce inequalities?

Vora: The goal of making information and technology open and free, rather than patenting it and placing is behind paywalls as intellectual property, isn’t bad in itself. But the idea of a digital commons assumes we not only that we can the space of the digital equally, but that we can all use the resources there. This is not always the case. In that sense, access is limited by many of the same inequalities that limit access to education and skill-acquisition – you need time, education, wifi and often other material resources – to make use of digital commons resources. Most average working people don’t have the luxury of time to meet the vision of digital communing. Open cooperativism tried to address this by merging the digital politics of the open source movement with the long history of cooperativism. The open source movement has been around since the late 1990s, when computer programmers organized to develop open software source code, rather than proprietary code, as a way to protect it from becoming intellectual property.  The values of open cooperativism, much like that of Marx and Engels’s communist vision, are shared ownership, shared stakeholder governance, and production of a shared or common good in the form of collective resources (such as commonly owned, or open, knowledge and property). As a movement, it aims to organize coops worldwide to reimagine or even radically reconfigure markets and economies. Legal scholar Yochai Benkler describes open cooperativism as “commons-based peer production.” This distinguishes it from the “sharing economy” version of a digital commons. As media theorist Trebor Schultz explains, the owners of digital platforms maintain power and control over all profit and economic processes.

How are the celebration of Internet of Things and other technologies connected to colonial spatial imaginaries?

I thought a lot about the relationship between colonial spatial imaginaries, technologies and labor in my first book, Life Support: Biocapital and the New History of Outsourced Labor. That book talks about the continuities in world labor distribution between the period of European colonialism and today. If you look at the map of shipping routes in the Atlantic slave trade, in which colonial powers played the biggest part, you’ll see that it closely resembles the map of where they’ve laid the transoceanic fiber optics cables. The technology of labor movement in the first period was ships and shipping routes that brough captured Africans stolen as unfree labor/property into Europe and its colonies. Technologies of data communication move labor as data between many of the same places in the present.

In the techno-utopia of some contemporary left liberals, there is no attempt to imagine a dissolution of capitalist infrastructure and values. Instead, individuals, each a consumer/producer, acquire and use new technologies like 3D printers as part of a distributed factory across households. These new technologies are still designed and produced by large tech companies, for their own profit. The user becomes a producer/consumer, making needed commodities for themselves and others, sidestepping capitalism rather than destroying it in order to build a new society. For example, inspired by the “sharing economy,” economic and social theorist Jeremy Rifkin envisions a “zero-cost” future society. In it, we are all equipped with 3D printers, good wifi, and open-access user manuals and knowledge exchange. Served by an internet of things, we consumer/producers become liberated from drudgery. No longer workers, we all operate as individual factory owners in a now equitable global economy. The distribution of resources, such as the free time to use and design needed objects, to be a maker, is not a central concern. Details such as who owns and controls the sharing platforms we would use are missing. Neither are social differences behind individual needs, including race, class, or gender. This future imaginary in which a postcapitalist society manifests itself once we are all makers, without a struggle, is part of what Neda Atanasoski and I have called technoliberalism in our book Surrogate Humanity. Unfortunately, this vision bumps up uncomfortably close to technoliberatarian utopias, like Elon Musk’s goals of putting a Tesla battery in every household and privatizing individual space travel. The maker revolution, like Musk’s techno-utopia, sidesteps the work of social cooperation and redistribution of resources in favor of individual self-sufficiency.

Meanwhile, Marxist feminists have been there for decades to point out that none of these visions ever detail who will be doing the cooking, washing, birthing, childcare, eldercare, ego-boosting, and brow-smoothing after the revolution. Women of color and Black feminists in particular have emphasized that some women can also employee other women, almost always those with lower social status and resources, to do at least some of this work for them. Wealthy and middle-class women have had the privilege of effectively buying their way out of some of their gender oppression. Marxists and contemporary left techno-utopians, centering a white patriarchal norm, do not yet seem to envision a revolution that can unthink the misogyny and racism built into our neutral-seeming technologies.

Technoliberal imaginaries and practices are racialized and gendered. How can we face this issue?

I’ve spoken to the gender issue in the previous question a bit. The only way to change tech imaginaries and practice is to change who is designing and using technologies. As long as big corporate and military interests are the ones to create the infrastructures, others will only have a small margin within those infrastructures to use for different visions. As long as a profit-motive fuels the goals and imagination behind the projects we can envision, they will not serve the people who are in the margins, people who cannot pay. The consumer model favors majorities, and favors people with expendable income. It also favors the haphazard use of finite resources. We tend to think of technology as neutral, but in fact, our technology represents a value system that is about capitalism, consumption and disposability. A digital commons approach is a small step in the right direction – resource redistribution is part of the solution. However, until we can create a movement of inclusion-minded designers, and an infrastructure that is powerful enough to work against the profit motive of capitalist big tech. I see this as an important place for intervention, and am working with technologists to create ways to train students to think about social justice outcomes in the way they imagine their potential as designers.

How can we understand the future of work considering inequalities of race, gender and coloniality and beyond technological surrogates?

The optimistic part of me thinks that worker-owned cooperatives are a step in the right direction. The part of me that is a social critic sees that without a complete departure from capitalist values, it is not possible to have a society with a just future of work. That means that “tech dividends,” universal basic income, and even worker-owned cooperatives will be a band-aid, and most people will still be stuck in the downward spiral of technocapitalisms acceleration of extracting life from workers in exchange for less and less compensation.

How can we understand the work on AI platforms (like AMT) from the points of view of race, gender and geography?

I’ve looked at labor in economies of slavery and indenture and how that legacies lives on in outsourcing and “crowdsourcing” like AMT. I’ve argued that the modern liberal subject depends on “support” labor even while convinced it is autonomous (that is the feeling of being “free.”) Whether it be through outsourcing domestic work, or even childbirth as in Indian commercial surrogacy arrangements, or any other labor considered reproductive and otherwise non-creative, to feel free, this modern liberal subject need to make its support invisible. This is true throughout history – for example, the body of the enslaved standing in for the master, the erasure of native bodies necessary for colonial expansion, or invisibilized labor in indenture, immigration, and outsourcing. In our book Surrogate Humanity, Neda Atanasoski and I were interested in tracking how the fantasy that technology (including both robotics and technological platforms and AI) would take over tasks we see as dull, dirty, dangerous, and repetitive. This would free “humans” for more creative or pleasurable tasks. We call this fantasy of technology replacing humans “the surrogate effect.” They were also creating the effect that the person not stuck with that work was more human, because that more human person had freedom and creative expression as a result of that extraction of the labor of others. That is why the degraded worker was a “surrogate” – the worker is a mirror for another person to believe in their own more full humanity. So, we showed that it was not the case that new technologies were actually acting as a stand-ins for human workers - indeed, as we pointed out through numerous examples, from the infamous Amazon Mechanical Turk in which many human turkerers performing microtasks stood for artificial artificial intelligence to drone warfare - the surrogate effect is a racialized structure delimiting how value is assigned to the use of various technologies. This is true for both actually existing and speculative technologies.

Calling for 2022-2023 Undergraduate Board Applications