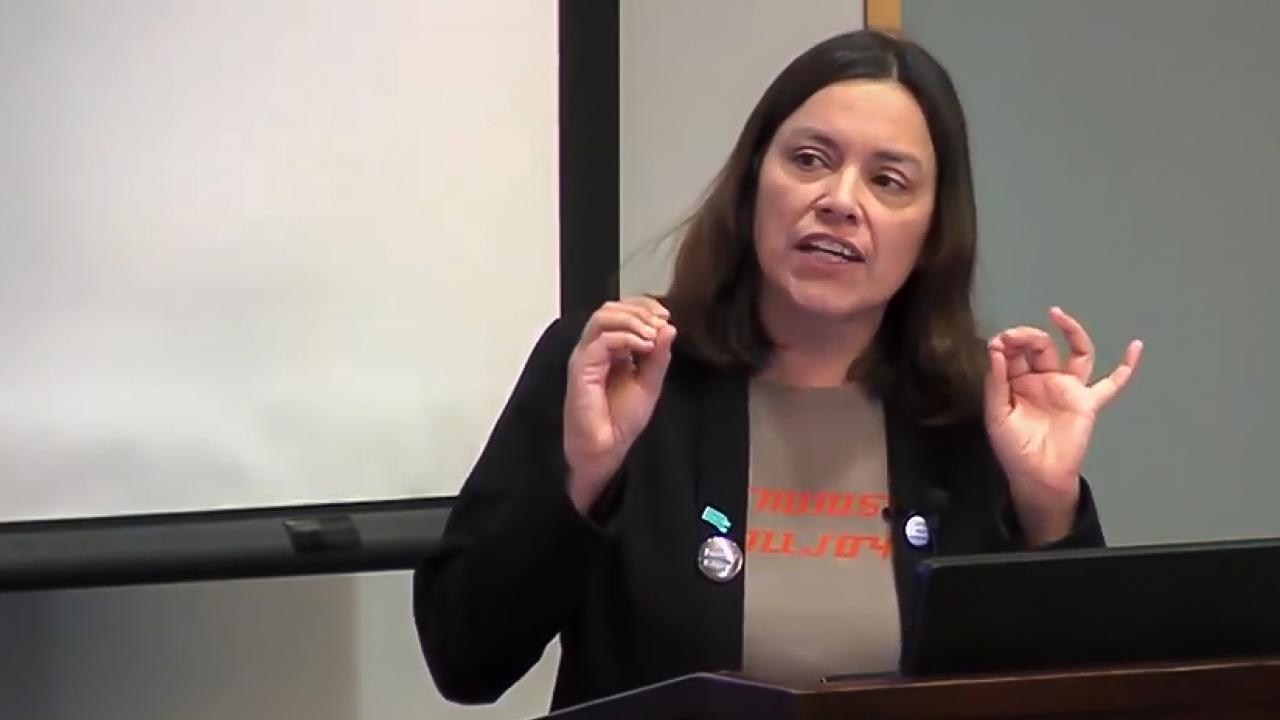 Sara Ahmed visited UC Davis on February 15, 2018 to speak on "Complaint: Diversity Work, Feminism, Institutions." A video recording is now available for those who were unable to attend the lecture.

The lecture will draw on interviews with students and staff who have made (or have considered making) complaints about abuses of power within universities. It will show how feminist complaint can be a form of diversity work: as the work you would have to do before some populations can be included within institutions. We learn about the institutional “as usual” from those who are trying to transform institutions. Finally, the lecture will discuss how identifying and challenging abuses of power teaches us about the mechanics of power.

Sara Ahmed is an independent feminist scholar and writer. She has held academic appointments at Lancaster University and Goldsmiths, University of London. Her work is concerned with how power is experienced and challenged in everyday life and institutional cultures. She is currently completing a book titled What’s the Use? On the Uses of Use and has begun a new research project on complaint. Her previous publications include Living a Feminist Life (2017), Willful Subjects (2014), On Being Included: Racism and Diversity in Institutional Life (2012), The Promise of Happiness (2010), Queer Phenomenology: Orientations, Objects, Others (2006), The Cultural Politics of Emotion (2004, 2014), Strange Encounters: Embodied Others in Post-Coloniality (2000), and Differences that Matter: Feminist Theory and Postmodernism (1998).

Kalindi Vora on the “Biopolitics of Trust in Technosphere”

What is Feminist Research: Jeanelle Hope

What is Feminist Research: Leslie Quintanilla and Jennifer Mogannam